Building a personal brand with filmmaker and composer Nicole Russin-McFarland

Social media is a critical tool when it comes to establishing your business identity and forming an authentic relationship with your audience.

In this podcast with Hollywood filmmaker and composer Nicole Russin-McFarland, we explore what it takes to build an effective social media profile that benefits your career.

The three key areas of the podcast topic:

Nicole explains winning an Oscar is all we see within the film industry. But what many people believe about becoming a studio filmmaker is incorrect. Making your first major studio film is not about running into your favourite director at a restaurant and handing him your script. Instead it’s about building a credible, authentic personal brand

Nicole Russin-McFarland is a former New York agency model who harnesses the power of the Internet to create personal brand as a credible film director and film score composer that reads like a Wes Anderson movie plot.

In a career twist impossible before the millennial era, Nicole made a name for herself turning online views of her films and her social media presence into recognition for her filmmaking and film music. 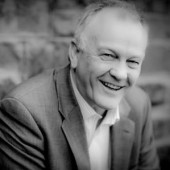 As a successful business coach and mentor, Clive Enever has accumulated a wealth of knowledge in all key areas required to encourage business owners to grow their businesses and achieve their goals. A Business Conversation with with Chantal Gerardy: Grow your Business with Organic Facebook Strategies A Business Conversation with Linda Conyard: Good Mental Health Is Good For Business

Supercharge your Sales with a Signature System with Renée Hasseldine

This site uses Akismet to reduce spam. Learn how your comment data is processed.

Have the latest business tips and conversations delivered directly to you Business Tips and Insights delivered to you

Get my latest business tips and insights delivered to you

Share This
This site and certain approved third parties, use functional, analytical and tracking cookies (or similar technologies) to understand your preferences and provide you with a customised experience. By closing this banner or by continuing to use the site, you agree to our use of cookies as outlined in our Terms and Conditions and Privacy Policy